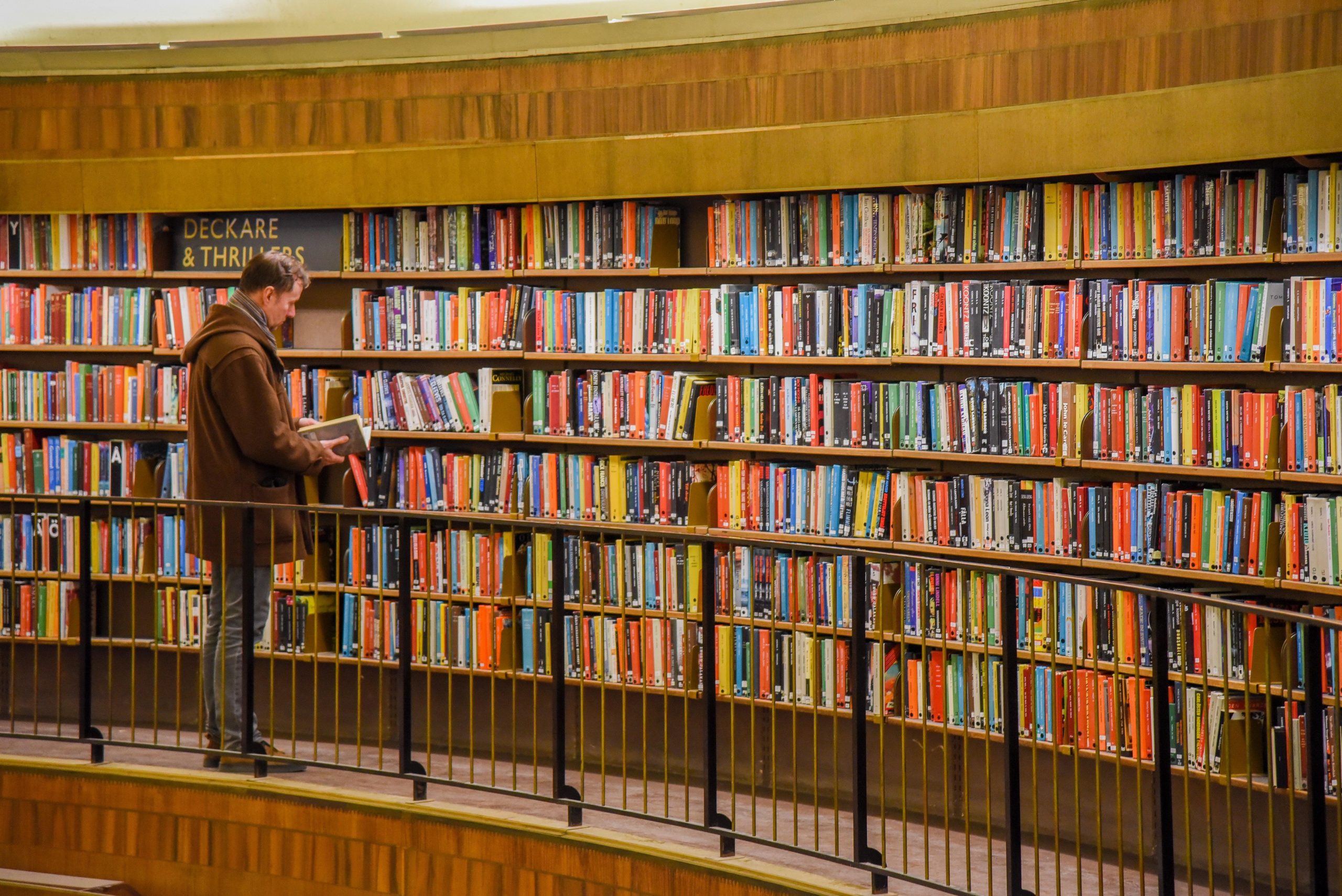 What we've been reading lately

FORESIGHT
A Better Crystal Ball
Philip E. Tetlock of ‘Super Forecasters’ fame explains how to better think about the future.
Developing New Future Scenarios for the U.S. Coast Guard’s Evergreen Strategic Foresight Program
RAND shares insights into the U.S. Coast Guard’s ‘Evergreen’ Strategic Foresight programme, and the latest global planning scenarios used to evaluate and define future service readiness. “Without weighing the long view of changes in the operating environment …, the Coast Guard will not be able to have full awareness of what blind spots might exist in current strategies and plans. Being ready for the spectrum of challenges the future might bring requires mindfulness of both the near and long terms and how change will affect the Coast Guard.”
Scenarios for Geopolitical Order in 2025-2030: What will Great Power Competition Look Like
The CSIS Risk and Foresight Group share 4 scenarios on the future geopolitical landscape towards 2030. The scenarios were all designed to test policymakers’ preconceived notions about the defense and security challenges facing the United States and its allies in the second half of this decade. The four scenarios especially address the increasingly competitive bilateral dynamics between the US and China – indeed, none of the scenarios envisioned the U.S.-China relationships to be fully cooperative and positive.

BUSINESS & TECH
Why Amazon Might Outlive the Rest of Big Tech
New York University Stern School of Business professor Scott Galloway believes Amazon.com Inc. will outlive the other biggest companies in tech. Galloway argues ‘Amazon was created for this pandemic’, and predicts that Amazon’s next big move is into healthcare by having what he calls ‘a three-dimensional avatar of your health: “They know what food you order, they know what products you buy, they know what your body mass index is, they know your income, they know whether you are in a monogamous relationship, they know your zip code, your education, all the signals that go in an actuarial table…”.
Can AI Make Your Job More Interesting?
Two DARPA researchers argue that artificial intelligence will never overtake human capacity in its entirety. Instead, AI will coordinate diverse forms of intelligence and human capabilities to achieve superior outcomes. They envision a future where an AI-augmented platform supports an “open” organization capable of both adaptation and scale (Agile Teams), dynamically coordinating and distributing tasks between humans and AI systems.
The Future of Jobs According to the WEF
Forbes summarises key take-aways from the World Economic Forum’s ‘Future of Work’ reports. Though based on survey data, the report finds that: companies are increasingly automating jobs, and ‘contracting out’ task-specialized work (gig economy?); income inequality will widen (low-paying, manual labour); remote work will grow (where possible); reskilling remains important.

HEALTH & PEOPLE
Want to See the Future of Digital Health Tools? Look to Germany
This article dives into how Germany’s Digital Healthcare Act (Digitales-Versorgungs-Gesetz, or DVG) seeks to accelerate the digitalization of healthcare in Germany. One of the law’s more novel ideas is the creation of a formal registry of “prescribable applications” (Digitale Gesundheitsanwendungen, or DiGA), which physicians can ‘prescribe’ to patients (and which are subsidized). Forgive us for saying so, but for once Germany seems to be taking the lead in digital – though our Nordic colleagues disagree.
The Digital Ruins of a Forgotten Future
The Atlantic revisits ‘The Second Life’, the virtual world that launched in 2003 and was hailed as the future of the Internet. Until Facebook (and everything since). Second Life consists entirely of user-generated content, built by virtual avatars controlled by human users. Usage peaked in 2007 with 1 million users, but usage remains constant today at 800,000. More impressively, in the first decade after its launch, users spent $3.2 billion of real money on in-world transactions. Users argue that Second Life truly has become their virtual home, with ‘objects they could never keep in their real home’ and an avatar of the ‘perfect me’.
The Future of Staying Home
This article chronicles how the home – and our expectation of the home – has evolved over time. Increasingly, our houses are not only a place to recharge – but also a place to protect ourselves from an increasingly hostile outdoors (germs, fire, flooding, and heat).

ENERGY & ENVIRONMENT
Why did Renewables Become So Cheap So Fast?
Renewable energy is safer and cleaner than fossil fuels – and now, in most places, also cheaper. This article dives deep into the numbers behind this remarkable transformation. Noting, for example, that the relative price of electricity from solar photovoltaics, for example, declined by 89% from 2009 to 2019 – making it more expensive to provide electricity via coal. In fact, in 2019, renewables accounted for 72% of all new capacity additions worldwide. Due to the ‘learning curve’ nature of renewable energy technology, we should expect the price difference between expensive fossil fuels and cheap renewables to become even larger in the future.
Say Hello to Artificial Intelligence to Manage Our Power Grid
This article discusses the two major problems the grid operators must overcome. It explains the need for the proliferation of the autonomous energy grids using AI, renewable energy, and energy storage to optimize the grid.
Adidas and H&M Kickstart an EU-funded Circular Fashion Project
In the fight to mitigate climate change, this article highlights how Adidas and H&M kickstarted the EU-funded New Cotton Project 2020 with the aim to collect, sort, and regenerate old clothing into new items for sale on the high street.
Pessimistic Outlook for Oil Prices
A Texas oil giant lowered its outlook on oil prices, suggesting it expects the fallout from the coronavirus pandemic to linger for much of the next decade.

LOGISTICS & MOBILITY
Air Transport will Never Be the Same Again…
René Rohrbeck discusses the four drivers of change that herald a radical transition in air transportation:
business travel, regionalization of routes, “star” networks, and flight shaming.
Taiwan and New Zealand Show Business Travel’s Future
The Financial Times looks at what the future of business travel may look like – by understanding what has changed, and what hasn’t, in two countries largely unaffected by Covid: Taiwan and New Zealand. Some predictions: travel will be subdued for some years due to health and environmental concerns; ‘three days at home, two days in office’ will become the norm; people will attend conferences remotely; intra-company visits in Europe and US will decline.
Amazon Outpaced
Amazon’s third-quarter earnings soar as pandemic sales triple profits. Yet, the juggernaut of e-commerce is far from being invincible — it is being outpaced by dozens of competitors in Europe. This piece carefully covers the challenges Amazon is facing in Europe.

AI & COMPUTING
Deep Learning Has Reinvented Quality Control in Manufacturing
IEEE explains how lifelong learning systems can optimize deep neural networks and optimize manufacturing.
Artificial Intelligence Is Now Smart Enough to Know When It Can’t Be Trusted
AI is already making decisions in fields that affect human lives like autonomous driving and medical diagnosis. But now, researchers have made AI self-aware of its own trustworthiness – through  Deep Evidential Regression. Fundamentally, the AI bases its scoring on the quality of the available data it has to work with.
Achieving Quantum Supremacy
TechRepublic has six experts share their predictions on the future of quantum supremacy. More companies will look for specific use cases that can be leveraged sometime in the next decade, as computers improve and the number of available qubits continues to grow.
The Transformational Power of Recommendation
In this data-driven market, one can consider data to be your DNA, provided you spent 100% of your life experience on or through it. This article talks about the recommendation engines that promise to revolutionize how customers buy and employees work.