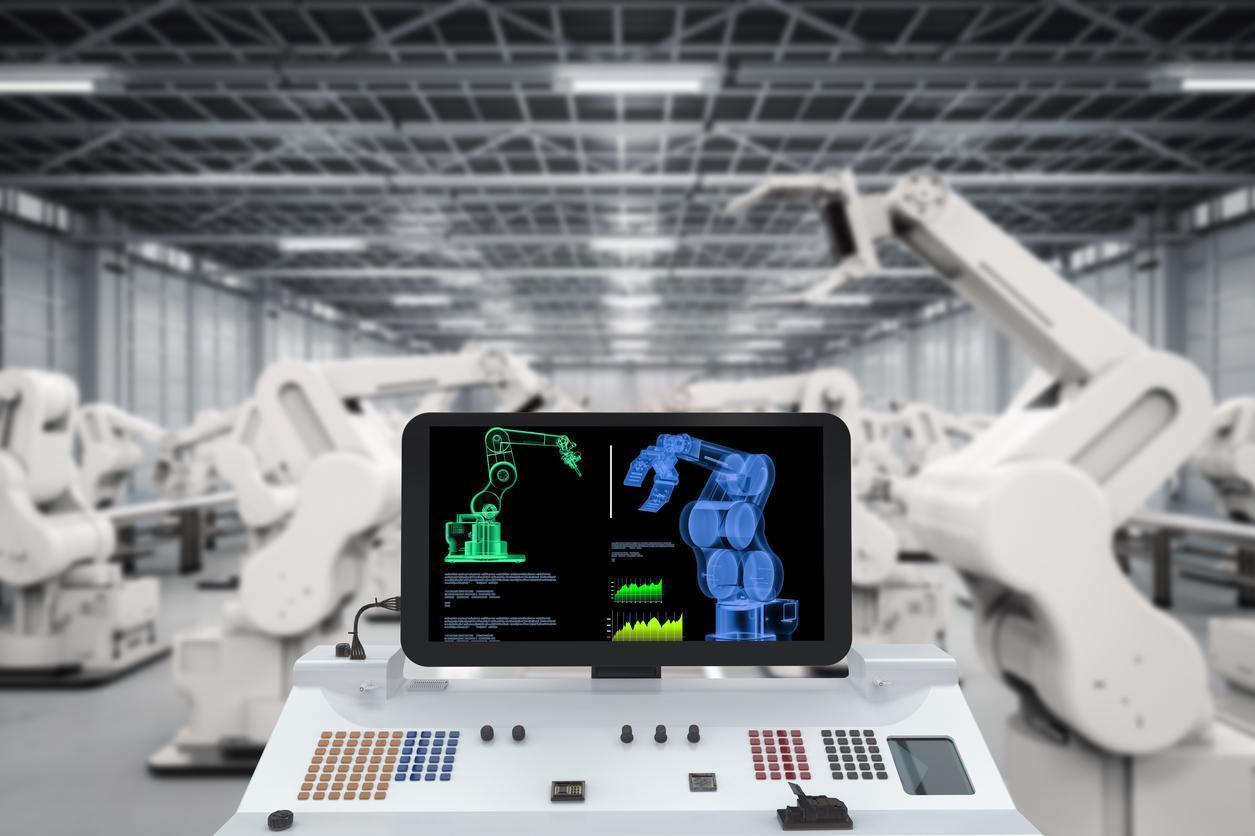 Demystifying Digitalization – Mechanisms for the Impact of IT

In the hottest of hypes right now, digitalization seems to be on everyone’s lips and mind. Linked to it is a strong but fuzzy sense of urgency, as business leaders are impelled to rethink their business and its role in society or risk becoming irrelevant. ‘If you fail to digitalize, you and your whole industry risk being disrupted’, goes the narrative. ‘Not primarily by your traditional rivals, but by Internet giants or hungry digital startups’. Everyone ‘knows’ digitalization is imperative.

It is more difficult to get precise answers to what digitalization is and how it specifically impacts businesses. Also, how is it different from what we have already been seeing over the 25 years with e-business, thin clients, EDI and so on? Or is it the same, only with new names and slightly different manifestations?

This blog post is an attempt to give perspective on the phenomena and break through the buzz by studying the fundamentals. In this first part (of 3), we will understand the fundamentals of what really is happening by stepping back and look at historical patterns. What effects can digitalization have and why?

Uncovering the Impact of Information Technology from Historical Patterns

We seldom think about it but what we today call digitalization is the current events in a long trend of information technology development starting a very long time ago. Each of its steps has had a profound impact on society, science, culture, trade and economic growth. There are several relevant observations to be made from them that help understand and evaluate the impact of new IT products and services.

Fundamentally we must first understand that, as argued by Strategy professor Richard Normann, technology drives prosperity by enabling value creation to reach higher levels, primarily by removing limitations or obstacles.*

Communication technology started with language, as it enabled disconnecting information from the individual and obtained advantages by sharing information. With the limitation of personal experience as the main driver of knowledge removed, people could exchange information about opportunities and threats and, more importantly, start coordinating their efforts for dealing with them. Undoubtedly, spoken language is one of the key mechanisms through which the big brains of humans has lead to survival advantages. Moreover, the codification of information into words enabled cumulative increase in understanding (how things work) and skill (how things are done) over generations within the local group, as its older members taught the younger.

Some 5,000 years ago came the next key technology, when Sumerians and others started to code information into written language. Writing decouples information from peopleby connecting it to physical matter. Information was thereby freed from constraints of time as it could be stored by recording. Written information could thus transcend time, but also move across space, although only as fast as the fastest horse or sailing ship. The ability to keep records and communicate without physical meetings had an enormous effect on trade and specialization, and thereby prosperity, as business could be made by contracts and specifications could be exchanged before production. The effect on knowledge accumulation was also dramatic, as knowledge could be coded into books, be shared and get refined by generations of increasingly-informed practitioners and scholars.

An important consequence of writing was that data processing no longer was limited to mental arithmetic. Improved processing and record keeping allowed for large numbers of people being organized into hieratical societies like cities and kingdoms, that could be administrated, coordinated, and taxed. This is yet another example of the profound impact of IT breakthroughs. It can serve as a benchmark when thinking about digitalization further down.

With the exception of writing spreading into more and more languages, not much happened until in 1439 when Gutenberg invented the copying machine in the form of a movable-type printing press. This enabled the mass replication of information by removing most of the manual labor constraints of copy-making. It came to affect society by making knowledge less bound by space, as printed books could be sent out to multiple recipients over the world. Non-local knowledge could then be integrated in local knowledge and practice, boosting progress in many areas. Slowly, it also allowed education to become accessible for people outside the narrow circles of clergy and scholarship and, in extension, mass media started to emerge.

Exponential Development and the Information Economy

Modern information technology brought several fundamental benefits. Most important is the dematerialization of information, first introduced by the telegraph, making it transportable without relying on moving physical objects. In other words, network technology and dematerialized information makes communication immediate and distance irrelevant, practically eliminating all remaining proximity constraints. This is an enormous improvement compared to carrying letters on horseback. Trade benefited tremendously from easier exchange of information about products, resources and their context. The subsequent dematerialization of money gave another big push on trade, but also on international investment.

Digitalization may seem a small technological step here, as it means coding information into numbers instead of words. Binary numbers at that, like Morse code. Why has it had such a dramatic effect on society? Let’s discuss this in three steps:

First, it is prudent to acknowledge three basic information format advantages of the digital domain: i) it is content format agnostic (can transfer any type of media like text, photo, video and sound with ease), ii) the content can be instantaneously replicatedwithout cost, and iii) the content can be processed automatically by software. Initially, the most benefit from modern IT came from these format advantages, through facilitation of basic operations that previously had to be done manually. Examples of useful operations include:

Second, with the emergence of appropriate networks, digital information could enjoy the previously-mentioned medium advantage of dematerialization, giving it liquid, non-rigid, and free-moving characteristics. The most ubiquitous manifestation of this free and instantaneous transfer of digital information is the Internet. We have grown accustomed to the World Wide Web giving us immediate access to information, often sorted and combined to fit our specific current needs (the main function of early disruptive applications such as Skype, Spotify, Netflix, and Google in my opinion), independent of time and space. Today it requires imagination to think about living life without ever-abundant access to information. In fact, filtering, sorting, and interpreting information is often a bigger problem than obtaining it. 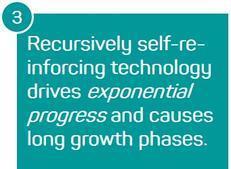 Third, another fundamental cause of progress is the tendency of technology to always improve. Development rarely, if ever, produces generations of technology that have poorer performance than previous ones. Technology disruptions may start by products that have poorer performance entering a market, but that hinges on the existence of overserved customers, such as when digital photography became peoples’ first choice for taking pictures. But it disrupts the old product precisely because the technology in the new inferior product improves to a point where the mainstream segments are also happy to use them.

However, a technology has especially dramatic development when it allows for recursive self-improvement. This occurs when the technology can be used to develop better versions of itself, like manufacturing machines being used to build even better manufacturing machines, often leading to exponential developments and long phases of economic growth. Likewise, in IT, software and hardware is used to generate even better software and hardware. It is hence easy to agree that IT enjoys the advantage of accelerating returns. 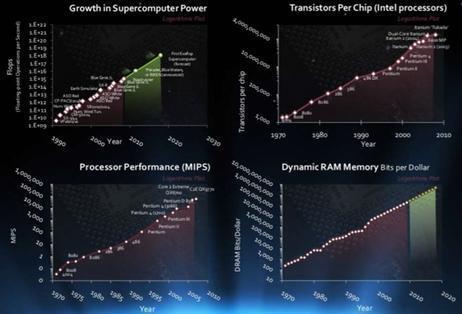 For our discussion, this has two major implications. First, the potential of digitalization, as the ongoing phase of IT evolution, is quite enormous. Second, we should realize that we are probably only in the beginning, currently seeing the first generations of digital business trying out the markets. In the next part we will take a closer look at some of these current big things in IT.

* For instance, Normann argues that energy technology like the steam engine removes from value creation the limitation of proximity to a natural energy source (like a river). Production could instead be placed where it is cheap or otherwise advantageous. Furthermore, engines could also be used for transport, which supported trade, giving people the opportunity to obtain more value from their efforts by exchanging some of their products with goods that others could produce more effectively. This development path continued with specialization; dividing up the product into components which could be manufactured independent of each other where it was most advantageous and then assembled by a core firm. This optimizes price and quality for the customer receiving the product, at least as long as there is effective competition. In a similar manner, other new technologies have liberated value creation in a cascading manner, usually starting with doing the previous activities more effectively and then unlocking new innovations.

This website uses cookies to improve your experience while you navigate through the website. Out of these, the cookies that are categorized as necessary are stored on your browser as they are essential for the working of basic functionalities of the website. We also use third-party cookies that help us analyze and understand how you use this website. These cookies will be stored in your browser only with your consent. You also have the option to opt-out of these cookies. But opting out of some of these cookies may affect your browsing experience.
Necessary immer aktiv

Performance cookies are used to understand and analyze the key performance indexes of the website which helps in delivering a better user experience for the visitors.

Analytical cookies are used to understand how visitors interact with the website. These cookies help provide information on metrics the number of visitors, bounce rate, traffic source, etc.

Advertisement cookies are used to provide visitors with relevant ads and marketing campaigns. These cookies track visitors across websites and collect information to provide customized ads.

Other uncategorized cookies are those that are being analyzed and have not been classified into a category as yet.